Banzhaf’s primary field of study is environmental policy analysis, especially related to the urban environment (such as sprawl and land use) and to energy and air pollution (including effects on ecosystems as well as urban environments). One common theme in his work is the interactions among local environmental amenities, local real estate markets, and the demographic composition of cities. For example, he has studied the way these social mechanisms interact to drive the correlations between pollution and poor households, as described by the “Environmental Justice” movement.

Banzhaf also uses tools from these models to gain insights into people’s values for the natural environment and for other public goods that are not traded in markets. In related work, he suggested ways to measure and construct indexes of ecosystem services.

He is a professor in the Department of Economics.

4. H.S. Banzhaf and B.A. Chupp,  “Fiscal Federalism and Interjurisdictional Externalities: New Results and an Application to US Air Pollution,” Journal of Public Economics, 2012.

5. H.S. Banzhaf and R.P. Walsh,  “Do People Vote with their Feet? An Empirical Test of Tiebout’s Mechanism,” American Economic Review, 2008 . 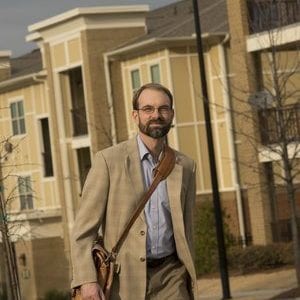