Niklas Vollmer received an MFA in Visual Art from the University of California, San Diego, and is an interdisciplinary artist and mediamaker, who teaches film/media/art production. His research and teaching interests include: experimental, avant-garde and expanded cinema/media; nonfiction theory and practice; the essay film, personal narrative and diary films; domestic ethnography, home movies and the representation of family; performance of gender and masculinity; the environmental documentary; democratizing media and technology; cocreation, community-based and subject participatory mediamaking and art practices; video, performance, public and installation art; and social media, mobile media and mobility justice. He currently facilitates Mobile Studios, an “on the go” art and media research “hive” that employs grassroots media manipulation and participatory practices in tandem with innovative and just technological and (often collective) performance strategies to affect positive change for the public good.

Niklas’ award-winning film/video/art work has screened in the US, Canada, Europe, Africa, South America and Asia; and at AFI, the Los Angeles Museum of Contemporary Art, California Museum of Photography and the Directors Guild of Los Angeles. He was also invited to screen on the Olympic Green during the Beijing Olympics. Honors include being chosen as a Documentary Expert and Filmmaker for the American Documentary Showcase, a program that brings recent American documentary films, mediamakers, and subject area specialists to audiences around the world via a cooperative grant by the Bureau of Educational and Cultural Affairs of the US Department of State in collaboration with the International Documentary Association (IDA) and University Film & Video Association (UFVA). His participatory social media influencer work and large-scale public art tied to mobility justice art actions/interventions have been engaged and performed by thousands, affected public policy and infrastructure change, and were also featured nationally, including on NBC Nightly News.

Niklas has served as a Board Member of the University Film & Video Association. Before academia, he was a Public Television editor. 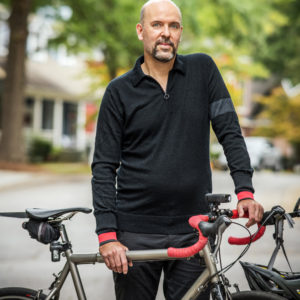